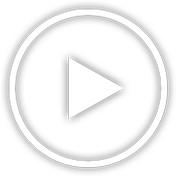 Obsession With Her Ass

We have a new-cummer for you, her name is Anaya Night. She slowly brings down her panties to reveal her round ass. You see her bend over in front of you and spread her ass cheeks in your face. She was only here to model for us, but the camera guy couldn't stop touching her ass during the photoshoot. She lets him give her an ass massage, just so he could get it out of his system. She likes the way his hands feel so she lets him continue to worshiping her ass. He starts kissing and licking both holes. She moans every time he puts his tongue deep in her asshole. He rubs oil all over her ass and started sliding his cock between her cheeks. She doesn't stop him so he starts to rub it on her pussy. She was so wet that he had to put his dick deep inside her to see what it felt like. It feels so good that he couldn't stop himself from giving her a hard pounding from behind. She doesn't mind continuing with the video since they've gone this far with it. She let him fill her up again while she was riding on top. He slams it up into her while spreading her ass so you can see all the action. Her oiled up tits bounce while he slams her missionary on the side of the bed. He wanted to see how far she can take his dick, so he bends her over and gives her long deep strokes. Banging her hard was a bit too much for him though. He pulls out and tries to shoot on her, but instead launches a crazy cumshot high into the air. This photoshoot turned into something way more than he expected!
Male Actor: Dwayne Powers